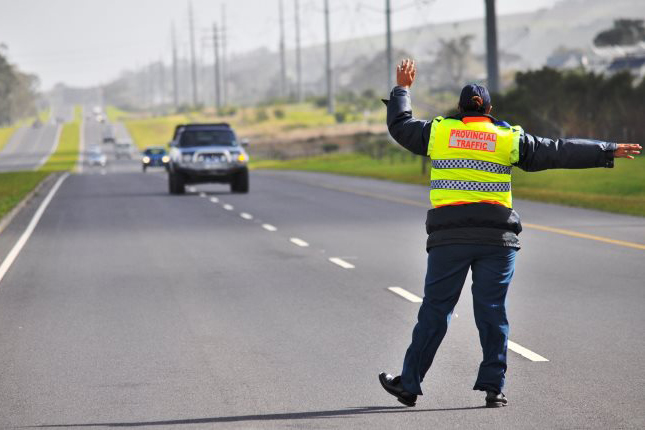 The Careless driving offence is known as one of the most serious offences under the Highway Traffic Act due to its significant penal consequences. It would not be incorrect to say that the offence of careless driving is one of the most litigated offences in Ontario. Hence, over the years it has established enormous case-law. This offence carries significant monetary penalties, a period of incarceration and potential driving suspension. More importantly, this offence carries six demerit points.

130 (1) Every person is guilty of the offence of driving carelessly who drives a vehicle or streetcar on a highway without due care and attention or without reasonable consideration for other persons using the highway.

(2) On conviction under subsection (1), a person is liable to a fine of not less than $400 and not more than $2,000 or to imprisonment for a term of not more than six months, or to both, and in addition his or her driver's licence or permit may be suspended for a period of not more than two years.

(3) Every person is guilty of the offence of driving carelessly who drives a vehicle or street car on a highway without due care and attention or without reasonable consideration for other persons using the highway and who thereby causes bodily harm or death to any person.

(4) On conviction under subsection (3), a person is liable to a fine of not less than $2,000 and not more than $50,000 or to imprisonment for a term of not more than two years, or to both, and in addition his or her driver's licence or permit may be suspended for a period of not more than five years.

(5) For the purposes of subsections (1) and (3), a person is deemed to drive without reasonable consideration for other persons using the highway if he or she drives in a manner that may limit his or her ability to prudently adjust to changing circumstances on the highway.

(6) A court that imposes a sentence for an offence under subsection (3) shall consider as an aggravating factor evidence that bodily harm or death was caused to a person who, in the circumstances of the offence, was vulnerable to a lack of due care and attention or reasonable consideration by a driver, including by virtue of the fact that the person was a pedestrian, cyclist or person working upon the highway.

The careless driving offence carries a broader scope of driving behaviour. The careless driving charge can be laid if one drives a motor vehicle on the highway without due care and attention or without reasonable consideration for other persons using the highway. People are often charged with careless driving in circumstances that involve motor vehicle collision. Under the Highway Traffic Act, the word highway covers any common and public highway, street, avenue, parkway, driveway, square, place, bridge, viaduct or trestle, any part of which is intended for or used by the general public for the passage of vehicles and includes the area between the lateral property lines thereof. It excludes private property and its parking lot area.

There are several court cases have interpreted this law in a very clear and concise manner. One of the most important cases is R v. Beauchamp, [1953] O.R. 422, which is still considered one of the leading caselaw on careless driving. This is the Ontario Court of Appeal decision, which is binding on all lower courts in Ontario. In order for the prosecution to prove the charge of careless driving beyond a reasonable doubt, it must establish that “the [defendant] drove [a motor vehicle] in a manner prohibited by the subsection, namely, without due care and attention or without reasonable consideration for others. The care and skill to be applied has been long [established] and is not that of perfection”.

“…not whether, if the accused had used greater care or skill, the accident would not have happened. It is whether it is proved beyond reasonable doubt that the accused, in light of circumstances of which he was aware or of which a driver exercising ordinary care should have aware, failed to use the care and attention or to give other persons using the highway the consideration that driver of ordinary care would have used or given in the circumstances”.

A driver does not have to be an expert rather one who could use appropriate skills in any given circumstances as would a reasonable person do. In R v. Skorput, [1992] O.J. No. 832, “to establish a prima facie case of careless driving, sufficient to convict a defendant who elects to present no evidence, the prosecution must establish beyond a reasonable doubt a departure from a standard of care. The onus of establishing an absence of negligence only arises once the Crown establishes a prima facie case”. Another Ontario Court of Appeal case is of significant importance for whether mental intent or mens rea is required by the Crown to establish the guilt of the defendant. In R v. McIver, [1965] 2 O.R. 475, Mr. Justice MacKay also referred by Justice MacDonnell in R v. Skorput, [1992] O.J. No. 832, “section 60 [now section 130] of the Highway Traffic Act prohibits a defined type of conduct; it is silent as to intent or mens rea. In such case the Crown need only prove that the accused committed the prohibited act and the accused will be convicted unless he can show that the forbidden act was done without negligence or fault on his part.”

Once the Crown has established that the defendant has committed the prohibited act, the onus then shifts to the defendant to show whether he was not negligent and used proper care and diligence in the circumstances giving rise to the charge of careless driving. “In McIver, Justice McKay accepted as correct the proposition that the defendant bears the burden of establishing his ‘defence’ of lack of negligence or fault on a balance of probabilities. However, his Honour also adopted the submission that even if the defendant fails to establish a lack of negligence there could not be a conviction unless the prosecution proved its case beyond a reasonable doubt.” R v. Skorput, [1992] O.J. No. 832. If the defendant is successful in arguing that he was being reasonably careful and was not negligent, or raises a reasonable doubt, the defendant will be acquitted. It is for the trier of the fact to assess the accused’s defence on a balance of probabilities. However, there would be no guarantee at all that the court will agree with the defendant’s position and enter an acquittal.

In cases that involve accident and careless driving causing bodily harm, just the occurrence of the accident will not be sufficient in establishing the charge of careless driving. In R v. Wilson, [1970] 1 O.R. 349, another Ontario Court of Appeal case it is stated: “mere inadvertent negligence, whether of the slightest type or not, will not necessarily sustain a conviction for careless driving.” That principle is also referred to in R v. Pyszko, [1998] O.J. No. 1218. In R v. Kinch, [2004] O.J. No. 486, Justice Durno sets out seven elements of the careless driving offence to which Justice P. Tetley refers to in York (Regional Municipality) v. Rago, [2018] O.J. No. 4594 are as follows:

Lastly, the court considers several factor in deciding the appropriate penalty that is just in the circumstances of the accused and serves the purpose of general and specific deterrence. In a very recent case R v. Defreitas, [2020] O.J. No. 706, the accused was charged with dangerous driving causing bodily harm, but he pleaded guilty to the charge of careless driving and waived his right to a trial. The occupant in the defendant’s vehicle who was his best friend died as a result of the collision. The parties filed an agreed statement of facts. The Crown had asked for five months jail, a $1,000.00 fine, and a driving suspension for a period of 2 years. The Defendant sought a fine of $1,000.00, probation for 18 months, and 18 months of driving suspension. The court considered the defendant’s age, family size, employment, injuries inflicted in the same motor vehicle accident, and psychological impact of the accident. The Defendant had also performed 22 hours of community service work for the salvation army and also completed a defensive driving course. Following his He also served 11 days in pre-trial custody and his bail conditions prohibited him from driving for a period of 2 years and 9 months. He reported weekly to his probation officer. At paragraph 25, Justice M. Henschel, states:

“while proof of the offence is dependent upon the acts or omissions of the driver, not the consequences, where a death has occurred the fact that the offender’s carelessness caused the death of another person is an important fact that the court must consider when determining the fit sentence. Where the consequences of careless driving are objectively foreseeable, they add to the moral culpability of the offender, while consideration of the tragic consequences will be important in determining a fit sentence, the sentence must also balance and reflect the degree of culpability or moral blameworthiness of the offender’s actions and his personal circumstances.”

The court considered several other cases in which a death has occurred. In the totality of circumstances, the court believed the appropriate disposition would be $1,000.00 fine, probation for a period of 18 months, and 18 months of driving suspension.